Regions and Boundaries map data for Venezuela helps you display and analyse key factors geographically. They can easily be matched and enriched with your own data or supplemented with statistics such as demographics, purchasing power and consumer profiles. 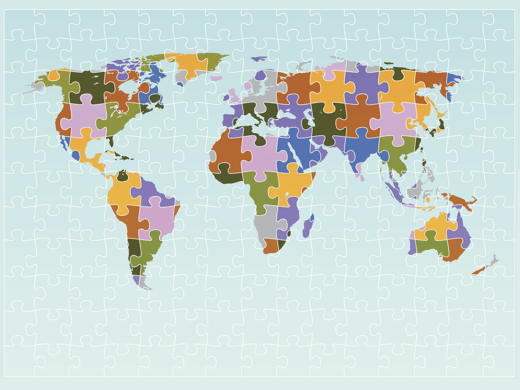 Regions & Boundaries map data provides a geographic breakdown of Venezuela for visualisation and analysis purposes. Using GIS or mapping software, colours can be assigned to these regions to form a thematic map, also known as a choropleth map. Thematic maps are visually powerful and a simple but effective way to communicate a variable (e.g. sales figures) across a geographic area. Regions can be political/administrative, postcode or small areas often connected with a census. With seamless transitions across borders with neighbouring countries, this data product is ideal for international projects.

Further enabling geographic analysis, Regions & Boundaries for Venezuela can also be supplemented with statistics such as socio-demographics, purchasing power and consumer profiles. This product is available in a number of popular GIS data formats.

Looking beyond Venezuela? Regions & Boundaries map data is available for a wide range of countries…

Regions & Boundaries map data for Venezuela is available in many popular GIS formats, including:

Extend your market insight into Venezuela with these compatible add-on products. Ask about special pricing for map data bundles.

Get to know your audience in terms of number of households, population figures by sex and age band plus the number of unemployed.

Do get in touch if you would like more details about Regions & Boundaries map data for Venezuela (technical, licensing, pricing, etc.) or would like to arrange a personalised demo. Our product specialists will be happy to provide you with a free consultation.