High quality map data for the Bailiwick of Jersey

Europa Technologies supplies a wide variety of high-quality map data for Jersey, including official government-sourced products. Let us be your trusted advisor on data which can form the lifeblood of location intelligence applications in the Channel Islands.

The largest of the Channel Islands, and situated in the English Channel, off the coast of Normandy, the Bailiwick of Jersey comprises the island of Jersey, plus several uninhabited islands. The capital city is St. Helier.
A parliamentary democracy, Jersey, along with Guernsey is a Crown dependency with its own judiciary and legislature. Its Lieutenant General is a representative of the Crown. The United Kingdom has responsibility for Jersey’s defence and international relations; other than that, Jersey is self-governing, and divided into twelve parishes. With over 100,000 residents, it is the more populous of the Channel Islands.
Financial services and tourism form the backbone of Jersey’s economy. Its important exports include potatoes and flowers, and its dairy industry is world renowned.
English is the main language, but there are Norman dialects which are still spoken. Seafood is an important feature of Jersey cuisine. It has a lively film and broadcast industry, with an International Film Festival held every year. 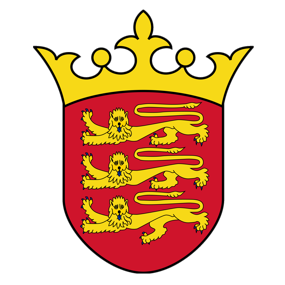 Europa Technologies can supply authoritative Government of Jersey map data. As an appointed business partner, we can provide high-quality addressing, vector data and aerial photography content which have unparalleled depth, breadth and accuracy. As the definitive record of Jersey’s geographic features, this data is relied upon by government, businesses and individuals alike.

The HERE Maps suite is a reliable snapshot of the world that unlocks value by providing context and relevance for your data. It provides an unparalleled source of location data to build new applications or leverage the value your own data. Features include address ranges, points of interest, topography, lakes, rivers, built-up areas, railway lines and routing information (e.g. turn restrictions & one-way streets).

CRESTA Zones help to analyse and present natural hazard risk, based on CRESTA zones, using the system established by the world’s leading reinsurers. While peril-independent, CRESTA (Catastrophe Risk Evaluating and Standardising Target Accumulations) has established a uniform and global system to transfer, electronically, aggregated exposure data for accumulation risk control and modelling among insurers and reinsurers.

Do get in touch if you would like more details about our range of Jersey map data products (technical, licensing, pricing, etc.) or would like to arrange a personalised demo. Our product specialists will be happy to provide you with a free consultation.