Consumer Profiles for India uses an innovative, comprehensive ten-segment model for effective market investigation and identification of your target audience. It is the first product in its class to offer ten consumer types validated across multiple countries. 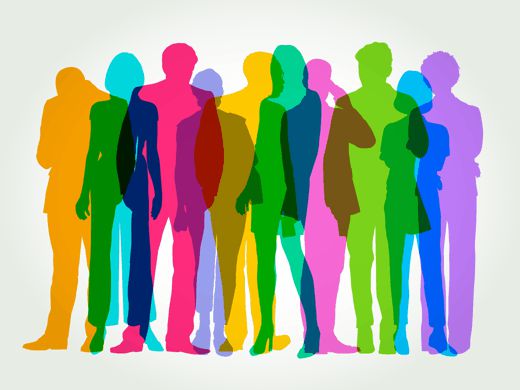 The product is based on segmentation criteria including socio-demographics, lifestyle values and orientation, mind-set, motivation and consumer behaviour in India. The data has been drawn from a representative global survey of around 30,000 consumers with various, relatively homogeneous, populations with different consumer characteristics and buying patterns. The research is then distilled into globally identifiable consumer profiles. Consistent and comparable data, with seamless transitions across borders, make this product ideal for international projects.

Consumer Profiles for India can be purchased on its own or bundled with GIS polygon data for administrative regions, postcodes and small areas. This effective combination will allow you to perform enlightening analysis supported by stunning visualisations.

Situated in South Asia, The Republic of India is the seventh largest country by land mass, and the second largest by population. Sharing borders with Pakistan, China, Nepal, Bhutan, Bangladesh and Myanmar, India’s coastline is along the Indian Ocean, the Arabian Sea and the Bay of Bengal. The capital is New Delhi.
The Indian sub-continent was one of the earliest places to be populated by modern humans and is genetically diverse. India has been home to ancient civilizations and empires and the origin of languages and religions. Europeans, mainly British, began trading and then settling in the 1600s. By the mid-1800s, India was under direct British rule. Post-WWI the nationalist leader, Mahatma Gandhi began a series of non-violent protests and campaigns of inert non-cooperation against British rule. The 1930s witnessed crises which included British failed attempts at ‘reform’, an upsurge in Muslim nationalism and India’s participation in WWII. This culminated in the declaration of independence in 1947. India was however, partitioned into the states of India and Pakistan.
In 1950, India’s new constitution was complete, defining it as a secular and democratic republic. It is run as a parliamentary republic, with a multi-party system, divided into twenty-eight states and eight union territories. It is the world’s most populous democracy. Due to medical advances and increased agricultural productivity, people are living longer. In 2000 the population hit one billion, and the UN estimates that India’s population will be larger than China’s by 2028.
The economy has become one of the fastest growing in the world, pushed by the rise of a large, urban middle-class and an increased focus on the importance of education. Whilst national wealth has increased, the marked inequality and the disparity amongst the population has grown, and India is home to the largest number of people existing below the poverty line. The issues of extreme poverty, such as malnutrition and gender inequality, along with environmental issues, are challenges for the government.
Urbanisation has been a dynamic force in shaping modern-day India. Its economic success is driven by the service sector, which contributes well over half of GDP. The contribution made by agriculture has diminished but it is still a significant producer of tea, cotton, rice and sugar. Industry is the second most important sector and India’s telecommunications industry is the second largest in the world. It is an important player in the world of pharmaceuticals, biotechnology, automotive, steel and textiles. Tourism is a steadily increasing contributor to the economy.
India’s cultural and spiritual influence is immense. Its ancient civilizations and empires have ensured a magnificent and diverse legacy of art, architecture, sculpture, music, dance, language and literature. India’s cinema industry “Bollywood” is respected and renowned around the world. Cricket is the most popular sport. Indian cuisine, and the wealth of flavours from different regions, is world famous.
On the world stage, India is geopolitically important. It is a regional superpower, with a space programme and one of the highest military investments. It is a member of the United Nations, G20, the Association of Southeast Asian Nations and the Commonwealth of Nations.

For each region type available, Consumer Profiles for India data contains population count (age 15+), percentage and rank for each of the following ten classifications. Click on the + icon for a description of each classification.

These consumers have the highest per-capita income of all segments. They tend to be young and successful, with a significantly higher level of education than most other groups and are self-employed or in managerial positions. They don’t have children yet and tend to live in metropolitan areas either alone or with partner/friends. As a high disposable income group, these people typically spend the most money on clothes. In terms of choice of smartphone, Apple is preferred to Samsung.

Type B - Comfortably off empty nesters

This group is older, with grown-up children who have left home. They have a high per-capita income but would rather ‘go shopping’ than buy online. As consumers, they are brand-loyal and will search for quality products from favoured retailers.

Older, and generally living alone or as part of a couple, these people have an above average per-capita income, but an average household income. As consumers, value for money is extremely important and purchases are carefully researched and planned. They tend to be environmentally very aware and will embrace innovation.

Generally successful office workers, and keen on-line shoppers, the consumers in this group have an above average per-capita income. As a rule, they tend to be conspicuous consumers with high expenditure on watches, jewellery and sporting goods. They are environmentally aware and look for quality and innovation in a product.

This segment represents consumers with the highest household income and the highest expenditure across most product groups. As the group consists of families with children, the per-capita income is lower than you would expect. With high levels of education, most work in management roles and live in metropolitan areas or large cities. Overall, they are keen shoppers and the most frequent users of online shopping sites. They can be characterised as ‘early adopters’, with a very high usage of smartphone technology and social media. In terms of choice of smartphone, Apple is preferred to Samsung.

With an average per-capita income, this segment consists mainly of retired couples without children at home. As consumers they are brand and product loyal and place a high importance on value for money. As a group, security is important and a strong emphasis is placed on relationships and being part of a community.

These consumers have a below average per-capita income. They are socialisers who place a high value on a sense of belonging as well as a sense of excitement and spontaneity. They are interested in new products, but as a rule don’t undertake any pre-purchase research.

Often younger and with children this group has a below-average per-capita income. As consumers, value for money is important as are favourite brands. Education, security and tradition are high on the list of personal values.

This group has an above average household income, but as it is primarily made up of households with young children, the per-capita income is lower. Adults are either self-employed or in managerial positions. As consumers they are brand loyal but will embrace new products. The group ranks high on spend in the sports product and education categories. Excitement is an important driver too.

This is a young group with the lowest per-capita income and comprises mainly students, unemployed and stay-at-home parents. They generally live in towns or more rural areas.

Looking beyond India? Consumer Profiles is available in a wide range of countries…

Consumer Profiles for India data is available in many popular GIS formats, including:

Extend your market insight into India with these compatible add-on products. Ask about special pricing for map data bundles.

Get to know your audience in terms of number of households, population figures by sex and age band plus the number of unemployed.

Do get in touch if you would like more details about Consumer Profiles for India (technical, licensing, pricing, etc.) or would like to arrange a personalised demo. Our product specialists will be happy to provide you with a free consultation.