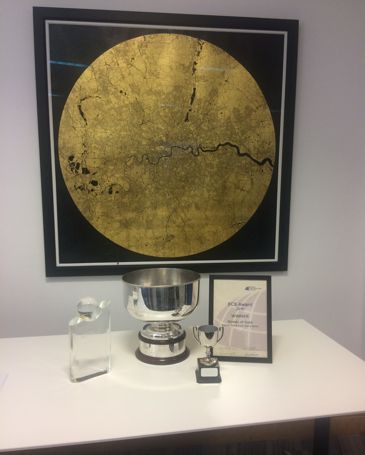 The first was the OS Award for excellence in the application of Ordnance Survey data. The second was the BCS Award – the grand prize for the best overall map.

Streets of Gold is a 1.13m square map of greater London created on a base of 24 carat gold leaf. It is the result of a collaboration between Europa Technologies and London-based artist, Ewan David Eason. This stunning piece is a special edition of Ewan’s celebrated Mappa Mundi series. It was created using Esri GIS software and Ordnance Survey Open Data, specifically OpenMap Local. Innovative new methods such as the precision application of UV varnish over water features were used for the first time.

The work was inspired by the story of Dick Whittington who leaves home with his cat to seek his fortune in London, where he believes the streets are “paved with gold”. The precious metal is also associated with golden anniversaries and therefore serves as an homage to Esri, Inc. which this year celebrates 50 years in business.

Warren Vick, Founder & Director of Europa Technologies and co-author of the map, commented, “On behalf of Ewan and Europa Technologies, we are both delighted and overwhelmed that Streets of Gold has won not just the OS Award, but the prestigious BCS Award. To be chosen as the overall winner by such a distinguished society is a true honour.”

In the Stanfords Award category for best printed map, Europa Technologies was commended for “1969” – a map of the moon celebrating the Apollo 11 and Apollo 12 landings and other notable events from that year, expressed as orbits.

Europa Technologies is an award-winning pioneer of location intelligence solutions for a wide variety of market sectors. Our capabilities allow organisations with international interests to better understand their customers, assets and environment, in a geographic context, thereby gaining a competitive or strategic advantage.

As a trusted advisor, our products and services are used by Fortune Global 500 companies, governments and missions of the United Nations. The company has global licence agreements with several leading Internet-based service providers. Through deployment via Google Earth and Google Maps alone, our world data products have been seen by over one billion people, approximately 1 in 7 of the world’s entire population.

Our mission is captured by our hallmark: “Success, located”.

Since 2010 London based artist Ewan David Eason has created abstract images from reality, drawing particular inspiration from organic and man-made patterns created in cartography. By gilding with precious metals or using complementary colours he aims to focus the viewer on the sacredness and diversity of our living landscapes. High levels of accuracy and dedication are used in the construction of the artworks, emphasising their status as a method of art-as-documentation. Eason’s artwork has been well received in a number of prestigious institutions including The Barbican, Christies, The Royal Academy Summer Exhibition as well as a solo exhibition at 45 Park Lane in London. His artwork was also featured in the BBC’s The Night Manager. He continues to exhibit at International Art Fairs.

The following images may be used in conjunction with this press release. Click on a thumbnail to download a high-resolution version (opens in a new browser tab). 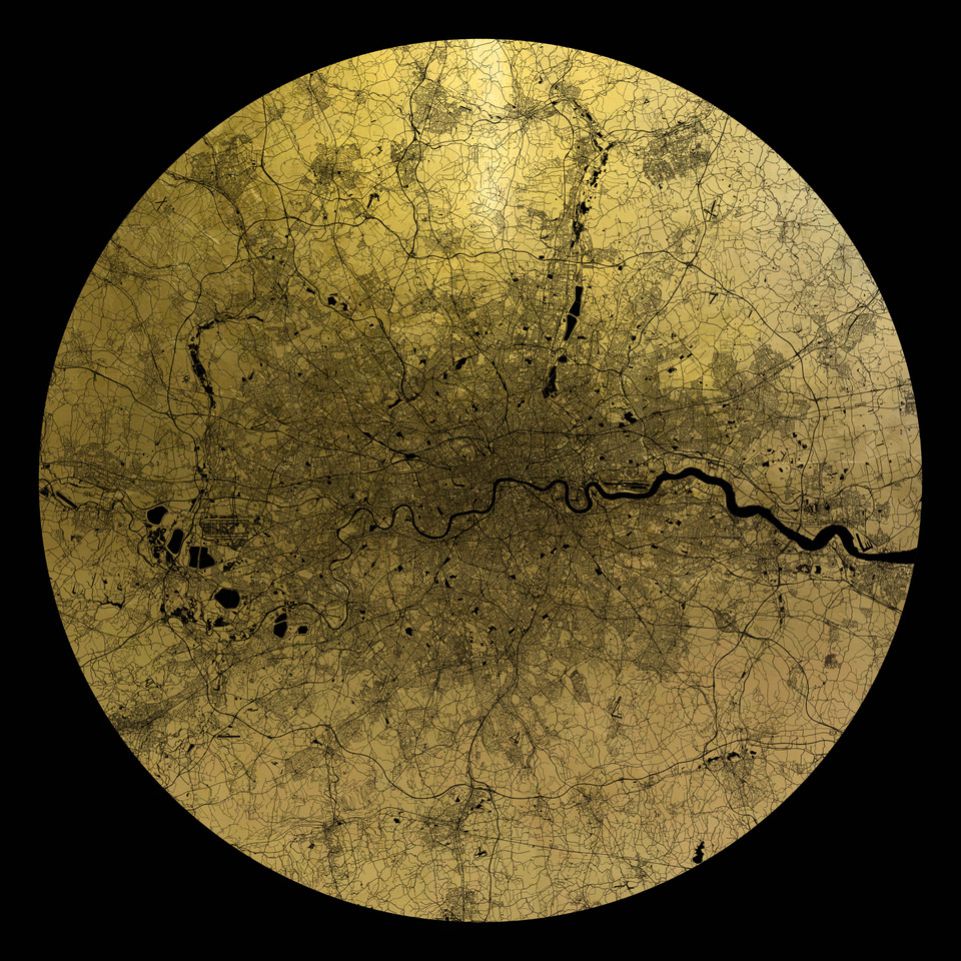 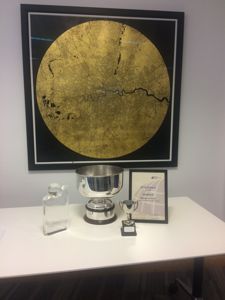 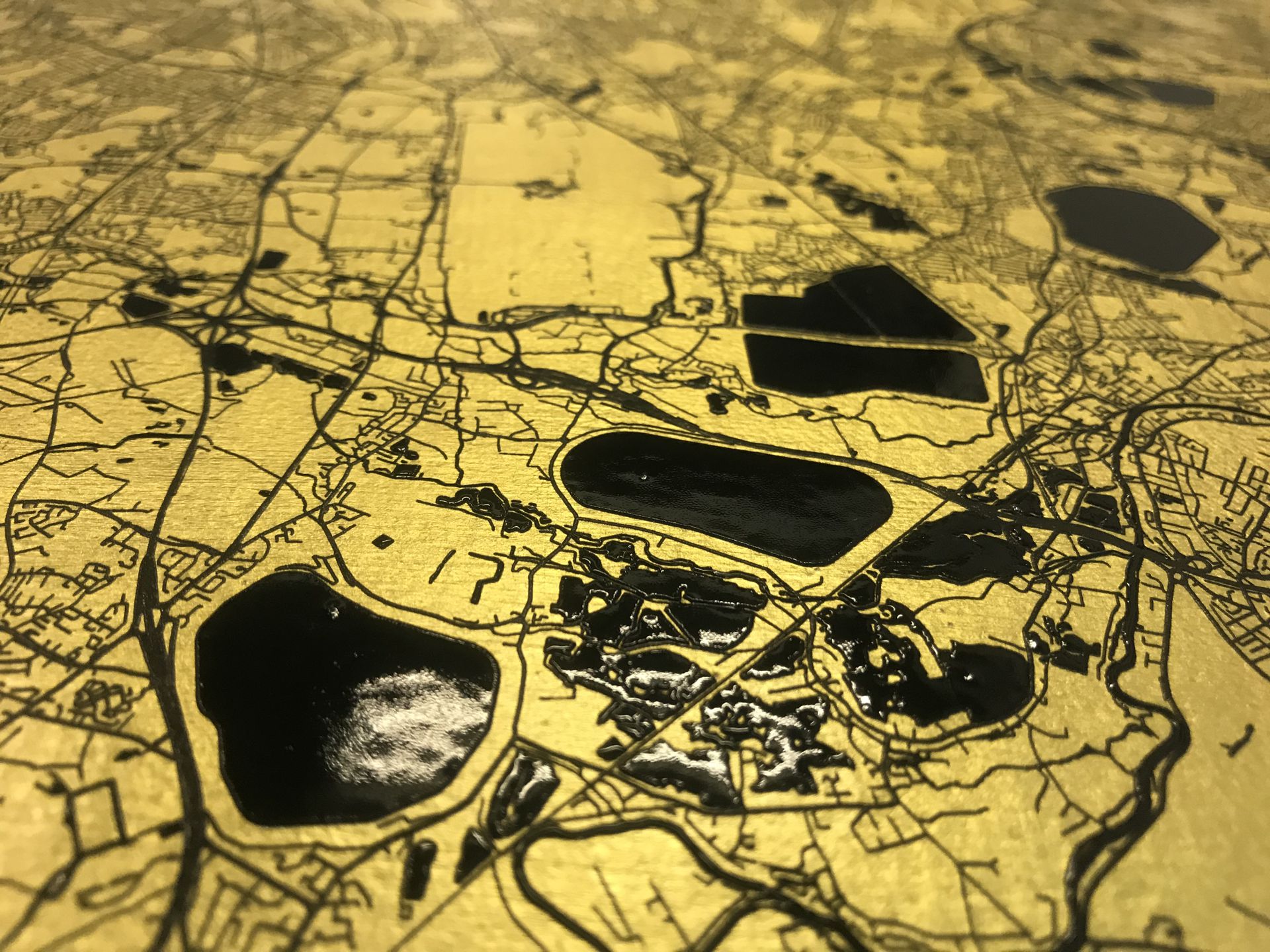 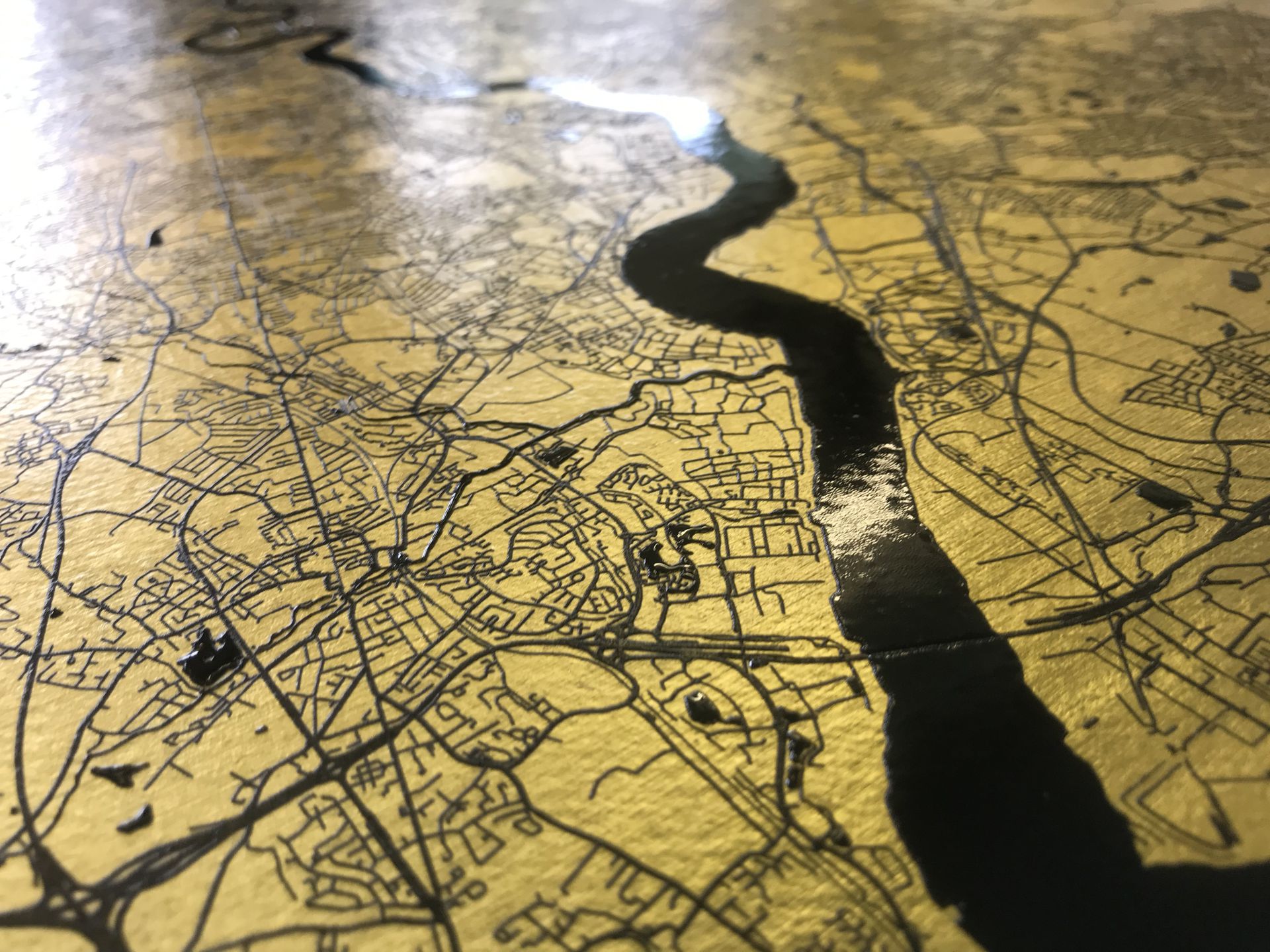 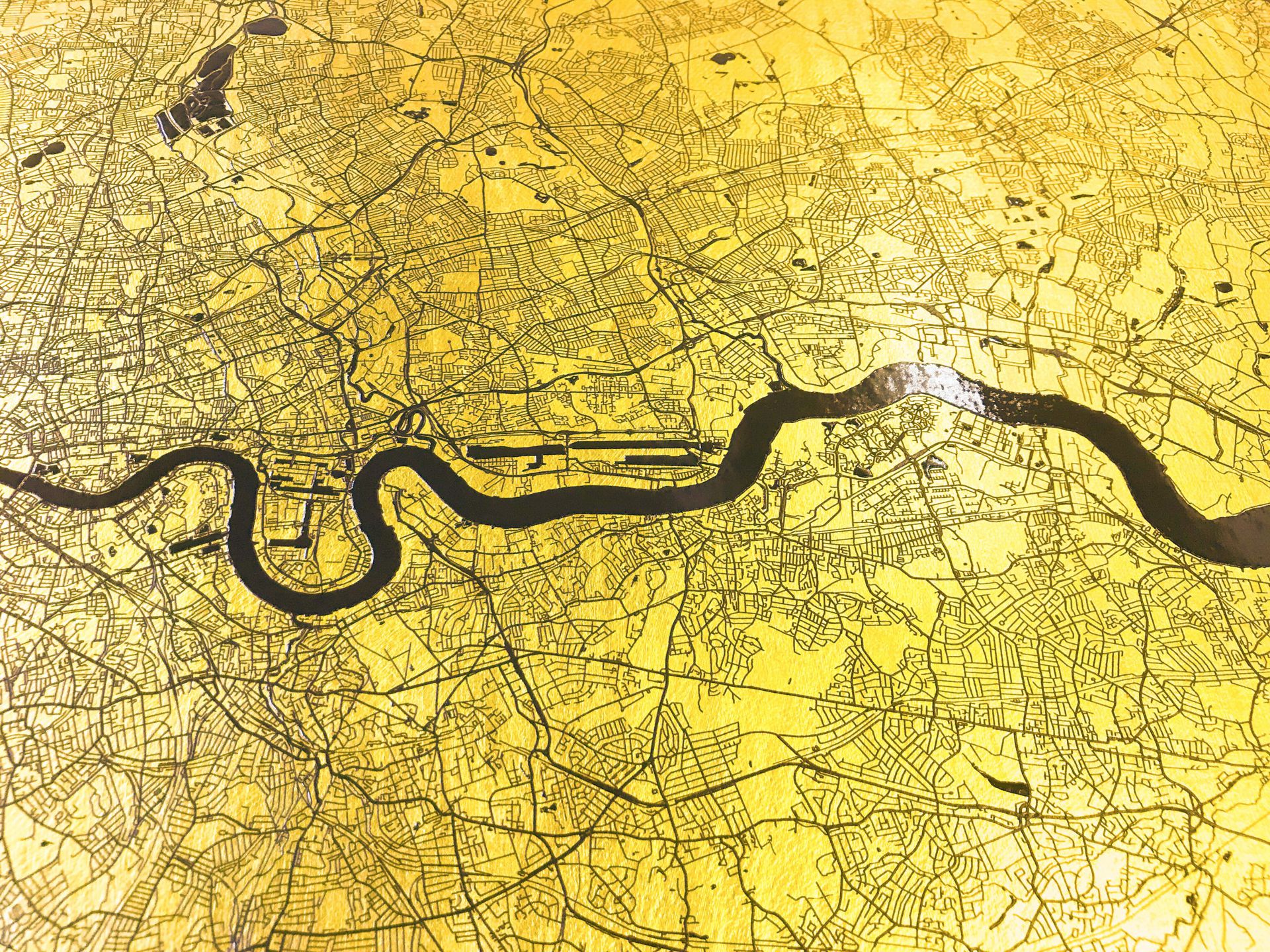