Demographics for Peru presents the number of households, population figures by sex and age band plus the number of unemployed. If the sales performance of your product is linked to these factors, this data product can help you find the right customers in the right places. 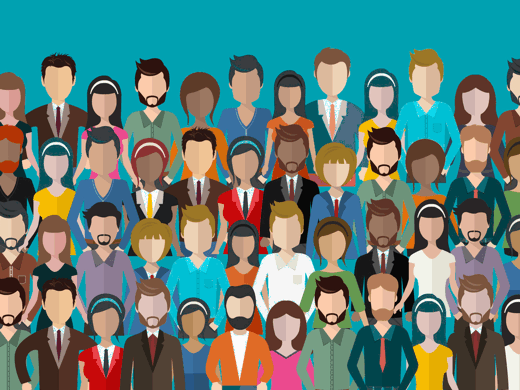 This Demographics product presents population statistics for Peru and an extensive range of other countries. In addition to the number of households, population is classified by sex and age (divided into five groups of fifteen-year bands) plus the number of unemployed. The analysis of this data by geographic area will help improve your customer targeting and market identification in Peru. Consistent and comparable data, with seamless transitions across borders, make this product ideal for international projects.

Demographics data can be purchased on its own or bundled with GIS polygon data for administrative regions, postcodes and small areas. This effective combination will allow you to perform enlightening analysis supported by stunning visualisations.

Situated in western South America, the Republic of Peru is bordered by Ecuador, Colombia, Brazil, Bolivia and Chile. Its coastline is along the Pacific Ocean. The capital city is Lima.
Home to several ancient cultures, Peru has one of the longest histories of civilisation of any country in the world, including the Note Chico, the oldest civilisation in South America and the Inca Empire. Conquered by the Spanish in 1500s, it became known as the Viceroyalty of Peru. Silver and gold were mined extensively and the native populations wiped out by disease. In Lima, the Spanish established South America’s first university in 1551, The National University of San Marcos. Independence from Spain was declared in 1821, and three years later, after the battle of Ayacucho, independence was complete. Some economic stability ensued from the exploitation of guano, but political stability was erratic. Marred by war with Chile, unrest, coups and internal conflict dominated the politics and economy of twentieth century Peru. By 2000, Peru’s economy flourished with a boom in commodities. The country is now a representative democratic republic, divided into twenty-six units.
Peru’s economy is led by the service industry, particularly tourism. Manufacturing and agriculture are significant, and growing sectors include telecommunications and bio-technology. Exports include gold, copper, zinc and textiles. It is one of the fastest-growing economies in South America and has attracted a good deal of foreign investment. It has also become the world’s leading producer of cocaine.
Rapid economic growth has resulted in rapid urbanisation, and three quarters of the population live in or around cities. Peruvians are ethnically very diverse with Mestizos (mixed race), Amerindian, European, African and Asian heritage. Spanish is the main language but a number of indigenous languages are recognised.
With such rich heritage, including cities from the Incan Empire, Peru has a wealth of cultural tradition. Art, including pottery, painting and jewellery, as well as music, are deeply rooted in ancient tradition, but with strong European influence. Traditional Peruvian food contains potato, and there are over 3,000 varieties grown in Peru. Overall, cuisine is very diverse, with multiple influences from migrant populations.
Peru is a member of the United Nations, the Organisation of American States and the Pacific Alliance.

Looking beyond Peru? Demographics data is available for a wide range of countries…

Demographics data for Peru is available in many popular GIS formats, including:

Extend your market insight into Peru with these compatible add-on products. Ask about special pricing for map data bundles.

Do get in touch if you would like more details about Demographic data for Peru (technical, licensing, pricing, etc.) or would like to arrange a personalised demo. Our product specialists will be happy to provide you with a free consultation.