In tribute to Earth Day 2017, Europa Technologies has announced the latest major version (v2017.1) of its market-leading suite of global map data products. As a publisher of rich data for earth scientists, the British SME is proud to promote awareness of environmental issues across the world.

Global map data products from Europa Technologies are used by a wide variety of organisations, including businesses, governments and missions of the United Nations. The company has strategic licence agreements with companies such as Google, where the data is used within the ubiquitous Google Earth and Google Maps services.

As well as thousands of minor updates and enhancements, the new release includes:

Europa Technologies’ digital implementation of the CRESTA global zoning system, as used by insurers and reinsurers, has also been updated.

With the recent release of Google Earth Enterprise under open source licensing, the global data suite is an ideal topographic base map which aids the identification of populated places, airports, ports and political boundaries.

Warren Vick, Founder & Director of Europa Technologies comments, “We are proud to pay tribute to Earth Day 2017 with this new product release. Joining over 1 billion people, we share common values with this important civic observance. In addition to climate data, geophysical features and earthquake events, we now include marine protection zones and over 1.2 million populated places. The global data suite is a powerful tool for earth scientists and organisations with international interests”.

The new product release will continue to be available as a service through the award-winning viaEuropa platform. viaEuropa provides access to hosted, high quality cartography as OGC-compliant web services which can be easily consumed by desktop, mobile and web applications. 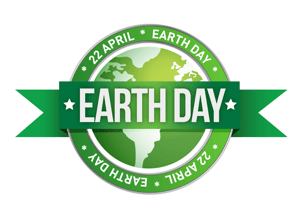