Created in 1862, Land Registry is responsible for registering the ownership of land and property in England and Wales. It has over 4,700 staff based at a number of offices across England and Wales with its head office in Croydon, London. It is a central government department which safeguards land and property ownership worth more than £4 trillion, including more than £1 trillion of mortgages. The Land Register contains more than 24 million titles, which show evidence of ownership, covering more than 83% of the land mass. Land Registry’s responsibilities are to:

In 2013, Land Registry announced its vision to be recognised as a world leader in the digital delivery of land registration services and in the management and re-use of land and property data. Land Registry chose Europa Technologies to host a map service that will help it achieve this vision.

What is the business problem that needed to be solved?

The work carried out by Land Registry is required under the Land Registration Act 2002 and the Land Registration Rules 2003. This includes the provision of a service, the Search of the Index Map (SIM). Part of the service enables business customers to check whether a piece of land is registered and, if so, to discover its title number. This could be streamlined if customers could access the relevant data themselves. In line with ongoing Civil Service reforms and the Government Digital Strategy of putting public services online, Land Registry recognised an opportunity for customers to perform their own searches online in a new system called MapSearch. If successful, this would reduce the number of Search of the Index Map requests, introduce efficiency savings, and promote Land Registry as a world leader in digital land registration services. A member of the PSMA (Public Sector Mapping Agreement), Land Registry utilises OS MasterMap® Topography Layer when maintaining and updating the Index Map. In order for MapSearch to be successful, it would require detailed yet subtle backdrop maps using the same definitive Ordnance Survey® digital map data.

What was the solution?

After conducting a thorough procurement process, Land Registry chose to use the viaEuropa hosted map service from Europa Technologies to provide MapSearch users with access to the detailed Ordnance Survey base map they required. viaEuropa was one of the first hosted map services to provide OS MasterMap Topography Layer as a base map suitable for the overlay of data such as the Index Map maintained by Land Registry. viaEuropa is an online service for the delivery of high quality digital maps direct to multiple platforms and applications. It bridges the chasm between raw data delivery and a finished map product ready for deployment, making it ideal for Land Registry to deliver location intelligent applications whilst saving time, saving money and improving customer service. The service uses the many years of expertise attained by Europa Technologies in map tile rendering to deliver high quality maps directly to a web mapping application or desktop GIS. The hosted service is an example of Data as a Service (DaaS) and uses a high performance cloud computing architecture which can scale as demand grows.

The viaEuropa service uses a combination of OS MasterMap Topography Layer, OS VectorMap® Local, OS OpenData™ and global data from Europa Technologies to ensure that at each zoom level there is always an appropriate level of detail displayed. viaEuropa can be consumed using widely supported standards such as WMTS, TMS and WMS. Using a standards based approach ensures compatibility and ease of integration, as demonstrated by Land Registry’s use of the service. 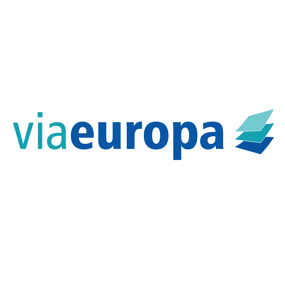 Why was Europa Technologies selected?

Land Registry needed to consume a contextual mapping service using Ordnance Survey data that was served in the British National Grid projection. Before selecting viaEuropa, Land Registry had already tested an alternative service but found that this could not be easily integrated into its preferred architecture. viaEuropa was found to be the quickest and easiest to implement and impressed with its level of performance. Commercially, Land Registry appreciated the open pricing policy of Europa Technologies, with the presence of viaEuropa on the Government’s G-Cloud platform making it easy to procure. After an initial free trial period, the inclusion of viaEuropa on the G-Cloud allowed Land Registry to carry out a speedy procurement process for an initial three month Proof of Concept phase, followed by a further procurement exercise for an annual service. Europa Technologies’ own award-winning cartography was also appreciated as being highly intuitive for novice and experienced users alike. Reflecting on this, Ian Howe, MapSearch Product Owner, comments “the first time I saw it, I liked it.” Most importantly, the service was inexpensive compared to the cost of operating the existing Search of the Index Map service, thereby enabling the new MapSearch application to be offered to users at no charge. As Keith Hurst, MapSearch Senior Responsible Officer, comments “The savings being made are far greater than the costs of using viaEuropa.”

How was it implemented?

The development of MapSearch was one of the first Land Registry projects to use agile development methodologies and open source technologies. This meant that rather than building the entire application before sharing it with customers, customers were involved from the outset in determining the functionality and overall direction of the new service. Integration of viaEuropa into the prototype MapSearch application was quick and easy, as confi rmed by Mark Kelly, Senior Developer at Land Registry “It was a simple case of swapping out the existing base layer with the sample code supplied by Europa Technologies. Given it was less than an hour’s work, ‘seamless’ would be the word to use.” By engaging with Europa Technologies to provide the contextual mapping, Land Registry was able to focus on developing the rest of the application, essential given that it only had a small development team available for the project. Even so, the project lifecycle was short; in less than 6 months it progressed from an initial prototype through private and public betas to a live service. Customers were involved at every stage, with new functionality being made available for testing as early as possible to foster customer engagement and encourage user feedback.

“It was a simple case of swapping out the existing base layer with the sample code supplied by Europa Technologies. Given it was less than an hour’s work, ‘seamless’ would be the word to use.”

What were the results?

Overall this has been regarded as an extremely successful project. Its success has been measured objectively in the reduction of Search of the Index Map requests and subjectively through customer feedback. The fall in requests was seen much sooner than expected, with the target for the year being reached 8 months early. Keith Hurst comments “All expectations have been exceeded. Customer take-up was more rapid than was expected… or hoped for!” Significantly, the launch of the MapSearch application coincided with an upturn in the property market, meaning that the efficiency savings were made just as enquiries were increasing and the savings were most needed. As a direct result of these savings, Land Registry has been able to transfer resources to other areas of its business and has since announced plans to centralise the remaining manual Searches of the Index Map. This would not have been possible without the success of MapSearch. It is not just Land Registry that has benefitted. MapSearch was one of the first applications to be put through its paces using Land Registry’s new usability testing system. This included eye tracking technology to understand how a broad demographic of novice users interacted with the application. Regardless of their different backgrounds, users demonstrated just how intuitive the application was and gave very positive feedback. Ian Howe, MapSearch Product Owner again “I’ve never before worked on a Land Registry project where the customer feedback has been so overwhelmingly positive, when they see it they just love it. Nobody thought the old service was broken, but nearly half of the searches we used to get are now coming through the new service.” 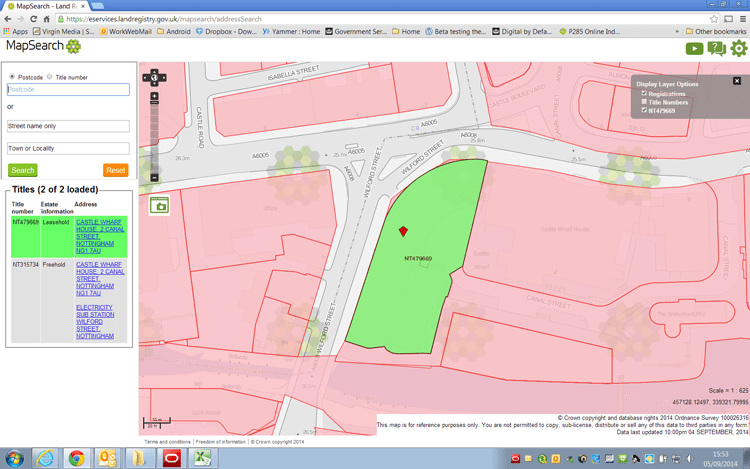 What are the next steps?

Whilst delighted with the results to date, Land Registry is already looking to make further enhancements to MapSearch based upon customer feedback. Given that it is currently an enquiry-only system, there is clearly scope to take things further. Now back in the agile discovery phase, the project team is looking to determine what the customers need next. Land Registry is also considering further services being offered by Europa Technologies, under the latest iteration of the G-Cloud framework. Keith Hurst concludes “We are taking customers on our journey to becoming a digital organisation – the good feedback received to date was important and gives us the confidence to do more.”

“It’s good to work with a company who are so helpful and hands on.”

Since this case study was first produced in 2014, MapSearch has gone from strength to strength with over 10 million searches having been made since launch. viaEuropa has been scaled up to meet the increasing needs of the service and continues to provide a reliable source of OS base maps. viaEuropa currently serves MapSearch users with over 50 million map requests per month. Customers have already saved themselves over 1 million Search of the Index Map applications by using MapSearch for free. On 12th November 2015, MapSearch won the Digital Award at the 10th annual Civil Service Awards hosted by The Queen at Buckingham Palace.

Europa Technologies offers a range of products and services for the Public Sector. In addition to the provision and hosting of Ordnance Survey data, third party data sets including points of interest, risk and demographic data can also besupplied and served through the viaEuropa hosted map service. Europa Technologies is an award-winning specialist in digital maps and associated services for a wide variety of market sectors and applications. Our resources allow organisations with international interests to better understand their customers, assets and markets, in a geographic context, to gain a competitive or strategic advantage. Mapping products and services from Europa Technologies are used by many Fortune Global 500 companies, governments and missions of the United Nations. The company has global licence agreements with a number of leading Internet-based service providers including Google. Through deployment via Google Earth and Google Maps alone, our world data products have been seen by over one billion people, approximately 1 in 7 of the world’s entire population. For further information on our products and services for the Public Sector, including an obligation-free trial of the viaEuropa hosted map service, please contact us today.

If you have any questions about this case study, please contact a member of our team who will be happy to help you.